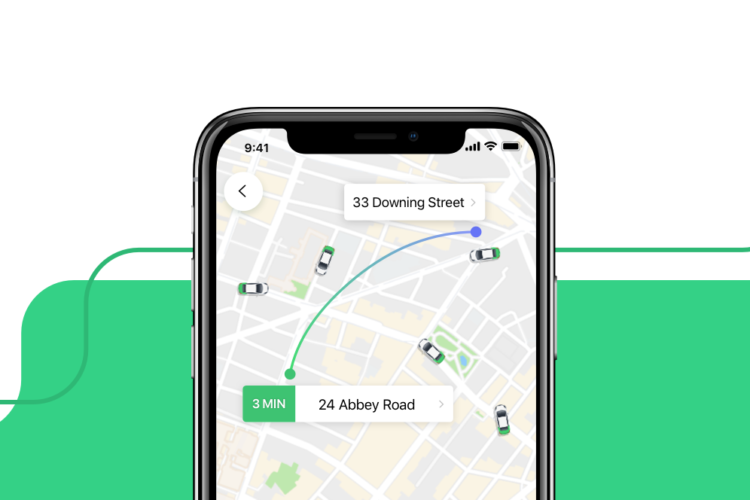 Only ten years ago it seemed unfathomable to hail a taxi in just a few moves of a fingertip on your phone and pay less than 10 euros for a ride from one side of the city to another.

Neither could anyone have predicted that the company to disrupt the taxi industry all over Europe would be built by a very persistent Estonian teenager.

“We might have decreased the number of old-school taxi call-centres − meaning dispatchers and taxi company owners − but we have given tens of thousands of drivers an opportunity to offer their services on our platform,” says Markus Villig, the CEO and founder of Bolt (Taxify), a ride-sharing platform that now operates in 20 countries in Europe, Africa and South America with 100 000 drivers and 4 million passengers signed up. Taxify recently announced funding (of an undisclosed amount) from Didi Chuxing, the world’s biggest ride-sharing platform that forced Uber out of China.

Markus and his colleagues can now use the knowhow and the tools provided by their Chinese investors while not leaving their main office in Tallinn, which is based in a recently renovated art nouveau-style limestone building that housed a furniture factory for the best part of the previous century. “We really needed extra space and that was almost the only office of that size available in Tallinn,” Markus explains in his usual modestly self-assured manner.

It’s lunch hour in their office and a buzzing group of young people gathers in the kitchen on the first floor, bringing their meals in from a canteen next door. Looking around in the room it’s obvious that I’m the oldest person in the room as the average age of Taxify employees is about 28-29. “But now we actually do have people younger than I am,” Markus adds. Just to make it clear: he is 23.

In a year they will move a few blocks down the road to a new building, that will be located right next door to another Estonian-born international superstar, TransferWise, which just recently announced a whopping €240M round on top of its previous investment rounds. “As compared to TW, we have been super-efficient in our growth, having made it so far with only €3M,” Markus comments. Taxify probably better deserves a comparison to Uber which has raised €10B. “Compared to them, TransferWise is still very efficient,” Markus remarks.

As to the current employee-count, Taxify’s General Manager Riina Einberg has to look up the most recent number: “We have been adding up to 20 people per week.” The count comes to 320, 160 for Estonia and the same for another 19 countries and 25 cities. There are 30 nationalities in the Estonian office alone.

One might think that Markus is too young to have pulled off a company of such a multinational scale but he’s actually no rooky in the startup world. In 2010, at the age of 16 he − accompanied by his father Tiit − attended the first ever Garage48 event in Tallinn, which was organized by his older brother Martin who was then working for Skype. Markus happened to be in the same team with Skype founders Jaan Tallinn and Ahti Heinla, and although nothing came of their baby-name-generating app Namefy (other than the ending of the word −fy), he had already lost his soul to entrepreneurship.

In 2012, his brother Martin was organizing another Garage48 event in Kyiv, Ukraine, and tried getting a taxi online, which turned out to be quite a hassle. He then came up with the idea of how to make ride-sharing much easier. Markus picked up the idea and plunged into it. According to his own account, he discovered he had a lot of time on his hands during his high school final exams so he decided to build a platform to ‘get this taxi business in order in Tallinn’. There were 30 taxi companies in Tallinn at the time, all operating on old school call-in devices, with an operator, misogynistically referred to as ‘a Kitty‘, mediating the rides from a central station.

The early start was quite promising. Markus did a Google Docs survey in his school to which he received 600 answers, 90% out of which responded that there is an acute need for a new taxi platform. Nobody had even heard of Uber yet.

Markus started going through the taxi stops and things started going a bit astray: “Of course I had no platform to show yet and being a 19-year-old kid disturbing the drivers from reading their newspaper…” 8 out of 10 taxi drivers would yell at him to get the hell out of their cars. Markus could hardly speak any Russian and that was an obstacle communicating with drivers.

He soon realized that his initial budget of 200 euros was simply not feasible to actually develop a platform. A developer he had found ‘somewhere from the city’ was asking for 7000 euros for a prototype.

He turned to his parents who finally gave in to his pleas and lent him the money they had set aside for his studies at university. “It’s up to you now, what you spend this money on,” they said with a heavy heart. His mother Reet helped a lot with the early sign-ups of the Russian speaking drivers and to this day she keeps in touch with the company, now taking care of the office plants.

Bumps on the road

Other than strong support from his family, it was all downhill for Markus. “We had no money for marketing so we sent press releases to all media outlets in Estonia saying that a 19-year-old is trying to shake the taxi industry in Estonia and luckily it worked, we got our first stream of customers. But the first prototype was full of bugs, drivers who had shared their contacts did not really sign up and people literally could not get taxis,” Markus confesses.

A lot of money had been wasted but there were no drivers and people who had downloaded the app could not use it. Business prospects seemed gloomy. Any less strong-willed person would have given up there and then. But not Markus.

“It was now or never. It was a pretty crazy month. I was working 24/7 to get it to function, learned a lot of mobile development to fix the prototype and spent the rest of the time out on the streets hiring more drivers. By the beginning of September, we had almost reached the critical mass of drivers.” That meant 20 rides a day. These days, a regular month means hundreds of thousands rides in Tallinn, which is only the 10th largest city for Taxify.

Markus had just started his studies at Tartu University and could not continue roaming the streets of Tallinn at night, harassing the leather-vest-clad moustachioed middle aged men who would much rather solve crosswords in their Wunderbaum-scented Ford Scorpios than discuss possibilities of earning extra money by offering better services to their customers with a taller-than-average teenager.

He also realized they needed a real developer. The only person who responded to their ad on php.net forum just happened to be the right person. After the first meeting, Oliver Leisalu called back a few days later and had already built versions of both the driver’s and customer’s app.

He’s now one of the cofounders of Taxify, which really took off shortly after he joined. A year into the business, big brother Martin who had so far held a supportive role also left his ‘day job’ at Fortumo and joined full time.

But the troubles were not over yet. In December 2014, Taxify raised a first round of €1.4M from investors and started developing and scaling very quickly. By March 2015, it was clear that if they keep up the same pace they would be out of money by the end of June. Revenues were still small and some countries were slow to pick up pace. “We had to cut the spending, let some people go and start raising a new round from investors who were less than willing to give us any more money. That was a very tough year,” Martin recalls.

Against all odds, they finally found a scalable model in the cities of South Africa and the company turned cash flow positive. Now, with the latest investment from Didi, they can feel “much more relaxed about spending”. Markus can finally consider actually visiting the countries they are operating in. And not just visit the offices, but get to know the places as well as the people. “What I’ve understood in my years in startup business is that good people are the same wherever you go in the world: they are open-minded, tolerant and… well, just normal.”

Going after the Big Fish

“My ambition from the very beginning has been building one of the biggest technology companies in Europe,” Markus is not shy to announce. And since the transport industry is ten times the size of the marketing sector of the whole world, this is where he sees his challenges.

“It’s only a matter of time until we break the regulations that have been limiting this industry in Europe for decades. There is simply no explanation as to why a company should pay 100 000 euros for an operating licence in a single city and then charge its customers 100 euros for a ride. It’s as if someone would charge you 200 000 euros if you wanted to become a programmer.”

The strict regulations have started to crumble state by state, with Estonia leading the way, yet they stay intact in many countries like Italy, Germany, Spain or our Scandinavian neighbours. The transport regulating office of London recently pulled operating licences for both Taxify and Uber in the biggest city of Europe.

“Uber makes €2 billion of revenue on its rides in the UK only, so probably making a few hundred million in commissions, therefore it’s no small business,” Markus explains their motivation in fighting for the change in regulations. At the time they started, he did not even regard Uber as a competitor as it only operated in a few European cities as a limo service. Things changed when Uber raised billions in investor capital.

Transport is usually considered to be a very local service. Markus brings a recent example when the Kenyan press proudly announced that a Kenyan company raised an extraordinary investment from a Chinese investor. That company was, of course, Taxify.

What to disrupt next?

Riina Einberg, who has experience from helping scale several new companies, claims that the challenges of this startup are different. “On one hand, it’s about sharing economy, using unutilised assets and allowing people to earn extra income in their free time, but at the same time it is about changing the future of urban transport. The ridesharing app and the platform for drivers is just a start. In just a few years it might end up with operating pools of self-driving cars or delivery services or both or who knows what − the whole industry is changing very fast right now.”

It’s obvious that the disruption has just begun as 70% of the cost of a taxi ride today comprises the driver’s salary. Markus is well aware of the social impact of the disappearance of jobs. In the long run, it’s inevitable: “Either building tall walls like some countries do or introducing basic income for all.”

Markus claims that many people simply have not realized yet that it is actually cheaper not to own a car. “I do not have a driver’s licence,” Markus laughs. “So I’m kind of stuck with what I do.”

In March 2019, Taxify changed its name to Bolt.