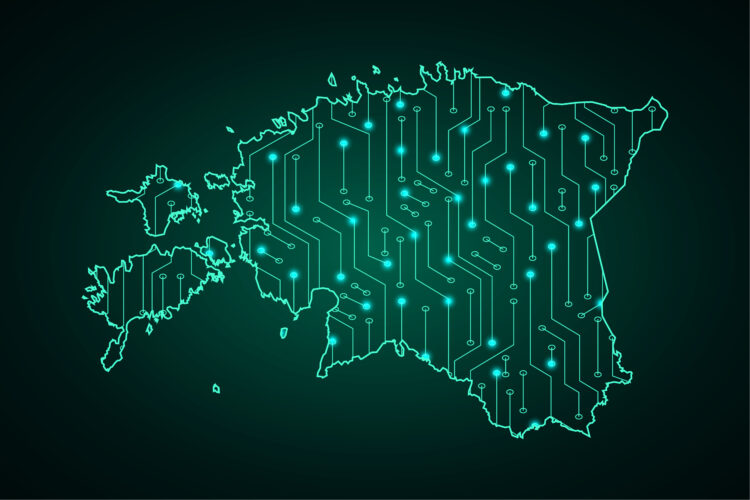 While Britain frets over Brexit, other countries are rebooting their public realm. We talked to the two chief architects of the world’s most advanced digital nation, Estonia.

Some facts about Estonia. At the last election, 44 per cent of ballots were cast online. Voters are able to vote on their PC or mobile before polling date, and change their choice as many times as they like. One woman changed her vote 648 times. The police arrived to ask why. She asked whether they had a problem with it; they said no and left her in peace.

All government services are online. And completely connected. Go to a doctor and they can pull up your digital records immediately. No farcical paper Lloyd George envelopes, as with the NHS. Your prescription is entered into an online e-prescription system, accessible to all pharmacies. Just go to the nearest one, present an ID card and collect.

The data in every government department is integrated on a single platform. An ID card, with a 2048-bit encryption chip in it and a four-digit pin, grants access to all services. Voting, paying tax, signing documents, buying tickets for public transport – more than 600 government services can be accessed via the same log-in. What is more remarkable: more than 2,000 private-sector companies are permitted to use the same system. Your grandma can check her bank account in the same way that she votes.

And the most remarkable fact? The entire cost of government IT – including software, hardware and salaries – is less than €100m. By comparison, a single British project, Universal Credit, costs £12.8bn – sorry, £15.8bn as of the latest revision.

Which raises one enormous question: how do they do it?

It’s not down to natural resources. Estonia, with a population of just 1.3 million, is an unlikely candidate for a tech superpower. For 50 years the nation languished under the dark imperialism of Soviet occupation.

And the digital transformation hasn’t happened overnight. I recall my first visit to Estonia on a snowy winter night in 2001. I walked into Tallinn’s old town for the first time and marvelled. It looked like a medieval fairy tale. I was despatched to research an economic report on the country, a fresh-faced young journalist. Yet, even in those early days, the ambition was tangible.

A tech entrepreneur told me back then that he wanted to change the name of the nation to Estonia.com. He wasn’t kidding. Others agreed. The head of the main telco showed me how to pay for parking with a text message. Remember: this was 2001. The foreign secretary told me Estonia had ambitions to become a Nordic nation like Finland and Sweden.

It was bold talk, but was it realistic?

Today, Estonia is the most digitally advanced nation on Earth. The UK, US and EU regularly send emissaries to learn from this tiny country.

For the spring 2019 edition CMI magazine Professional Manager, we spoke to two pioneers to find out the secrets of this e-miracle.

The first, Taavi Kotka , former CIO of Estonia, is a blond-haired extrovert renowned globally as the most eloquent spokesman on what his nation has achieved.

I ask Kotka about the budget and how it’s so incredibly low. “If you don’t use Accenture or McKinsey, you’d be amazed at what you can get done,” he laughs. “We don’t have enough money, so they don’t bother us!” Instead, services were built on a budget, improving slowly. “Estonia used ‘agile’ before ‘agile’ was even invented,” says Kotka. “My own student bachelor’s work was describing prototyping in the year 2000: launch with a barely functional model and then have many iterations a month. Compare this to the waterfall method in the UK. Your problem is you want to solve everything at once.”

A golden rule is that no software used by the Estonian government should be more than 13 years old – even if it works fine. This avoids costly obsolescence. “Most of the money in the UK goes towards keeping up old stuff,” says Kotka. “You never ask if it is optimal. It’s like comparing Uber with a traditional taxi company. Uber is automated and efficient. The other needs secretaries to take calls.”

Estonia wants to be known as a technically skilled nation. It has no choice – there’s no oil here and tourism is limited to the capital. So the country has invested in technology skills. The Estonian IT Academy was established in 2012 in order to improve the quality of ICT training. A revised Aliens Act, approved in the summer of 2013, makes it easier to employ highly qualified foreign ICT specialists in Estonia. The nation is now teeming with impressive startups, such as advertising platform Adcash and jobs website Jobbatical. TransferWise, the currency exchange service valued at more than £1bn, was founded by two Estonians. Skype was built here.

With such a strong IT ecosystem, the government can outsource coding and maintenance of its tech. “Ninety per cent is done by the private sector,” says Kotka.

Underpinning it all is the architecture of the national IT system. The 600 or so departments offering services retain control of their particular user data. So libraries keep library data. Doctors keep medical records. Yes, data can be transferred between the two seamlessly, but it’s what Kotka calls “a distributed architecture. There is no single point of failure. It is, in IT jargon, peer to peer. There is no central hub”. The platform is called X-Road and is so efficient that Finland, Estonia’s linguistic and cultural sister nation, has adopted it.

The code is open source, so anyone can examine or deploy it. The two nations’ systems are interoperable, and they now exchange information on health, tax and customs, traffic and demographics.

Another ingredient: keep politicians out of it. They panic at the first sight of problems, says Kotka. They interfere. And they keep changing. No decent IT project can be run on this basis. “Even Google doesn’t get things right first time. They need to A/B test and do rollbacks to make a product work properly. That is normal product development. Politicians never understood this,” says a clearly chastened Kotka. “One thing I learned: there is no ownership in politics.”

There is an obvious objection to all this. If all data is online, and accessible to almost anyone, isn’t there a security risk? And what about the Orwellian state? The UK avoids ID cards for fear of an overbearing government. Estonia suffered under the ‘Sauron eye’ of the USSR. How can its people tolerate the risk of being spied on?

Toomas Hendrik Ilves, Estonia’s president from 2006 to 2016, understands Estonia’s national psyche better than most. He’s also a genuine expert on technology and cybercrime, having been chairman of the EU eHealth Task Force and chairman of the European Cloud Partnership Steering Board.

Talking to Professional Manager from his residence in Stanford, California, where he is a distinguished visiting fellow at the university, Ilves says Estonians don’t worry about ID cards in the same way as Brits. “There is a clear cognitive break between the government and an operating system. Estonians dislike whoever is in power as much as anyone. A priori, if you are in government you are an idiot, stupid, corrupt – that is no different. But it’s similar to the way you see the police. They are not the government.”

The X-Road system is designed to allay privacy concerns by being totally transparent. All interactions are logged, Ilves explains. Citizens can see immediately who has looked at their data. “We had one famous case where a systems administrator with the police abused her authority. She checked up on her boyfriend. The police are not allowed to do this. She was fired and convicted of a felony.”

So the system is open, but infractions of the rules are severely punished. “Our health records are stored online, and I can grant legal access to medical professionals. If anyone else tries to, it sets off bells and whistles.”

If anything, the system is more trustworthy than Google’s or Apple’s. We entrust our emails, our search history and even our geographic location via our phone to a tech company located abroad. Yet we have little knowledge of how our data is accessed or monetised. In Estonia, all activity is available online for citizens to review.

And cyberattacks? Estonians have good reason to worry. The country has been physically conquered five times in its history, and the Russians over the border are a constant menace. Russian tanks entered both Georgia and Ukraine in recent memory, making this little Baltic state rather nervous. In 2007, Russia launched a cyberattack on Estonia, crippling services.

For Ilves, that incident proved the strength of their system. “They never got in. It was a DDoS, a denial of service attack. You couldn’t access your newspaper or your bank, but the government system didn’t collapse. There was no breach.” The distributed architecture of Estonia’s X-Road platform meant the attack was diluted across many nodes on the network. If a single node got knocked out, the others would continue just fine. It worked.

In fact, it needed to triumph. Because at the very heart of Estonia’s IT system is a challenge to what it means to be a nation state. Estonia is a country with land borders. But, if Russia invades, the nation may need to reconvene outside the zone of occupation. A purely digital government, with everything backed up in the cloud, can be rebooted from anywhere – citizens minus the land. Servers in Luxembourg hold a complete set of records, just in case.

And when borders disappear from the citizenship equation, interesting things start to happen. Citizens from other nations, for example, can become e-citizens – which is what Estonia offers. There are citizens of other nations who have become a sort of honorary digital Estonian. “We already had the infrastructure,” says Kotka, “so it didn’t cost us anything.”

ONE WAY TO GET AROUND BREXIT?

To become an e-resident, go online to e-estonia.com, and fill out the form. Then collect an ID card from the nearest embassy or consulate. The card provides access to all Estonian services, just like an Estonian. Start a company, access banking and sign digital documents with your Estonian ID. The Mayor of London’s entrepreneurs of the year in 2017, Ellenor McIntosh and Alborz Bozorgi, founders of eco-friendly wet wipe brand Twipes, created an Estonian company this way to avoid Brexit complications.

Tech people love to talk about disruptive startups. Estonia is the first disruptive nation, rethinking what it means to be a country.

It’s clear that Estonia leads the UK in more than a purely technical sense. It is using technology to reflect on the philosophy of nationhood. Catching up will require more than adding extra zeros to our IT budget.