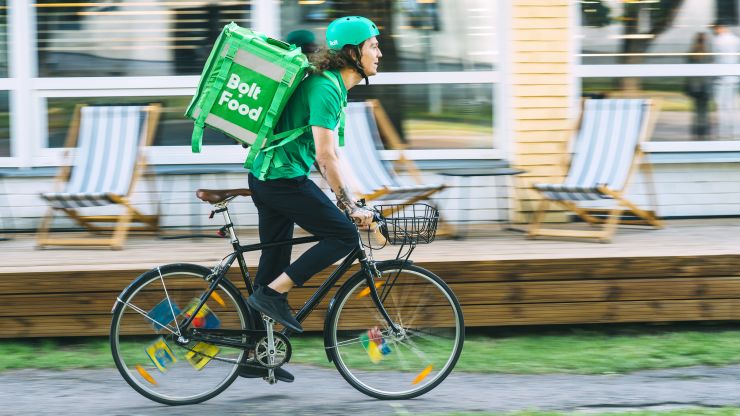 Competition in Europe’s food delivery market is getting even more heated.

Uber rival Bolt announced Wednesday it will launch a food delivery service in Tallinn, Estonia, where it is headquartered. The Estonian start-up said it would expand the service to Latvia, Lithuania, and South Africa later this year before launching in more markets in Europe and Africa in 2020.

Bolt, formerly known as Taxify, is entering an already-crowded field of competitors in the European food delivery market. Uber Eats and Amazon-backed Deliveroo are aggressively expanding across the region, while Britain’s Just Eat recently agreed to merge with Amsterdam-based Takeaway.com to create the biggest food delivery company outside of China.

Bolt Chief Product Officer Jevgeni Kabanov said in an interview with CNBC Wednesday the company’s strategy with food delivery will be to build on its existing 25 million users and to offer lower delivery prices than competitors. Kabanov added the company will also pay “higher earnings for carriers.”

The company has taken a similar approach in the ride-hailing market, offering steep rider discounts and higher driver commissions. Bolt said the food delivery service would be available through a separate app called Bolt Food.

The Estonian unicorn, which was valued at $1 billion last year, currently operates in 30 countries. Its investors include Chinese ride-hailing firm Didi Chuxing, German automaker Daimler and the entrepreneur and investor Thomas Padovani.

Ride-hailing companies have struggled to cook up profits in the food delivery market thanks to high overhead costs. Earlier this month, Uber CEO Dara Khosrowshahi said he doesn’t expect the company’s Eats business to be profitable in the next two years.

“We would not do it if we did not believe that we have the opportunity to build a profitable business,” Bolt’s Kabanov said.