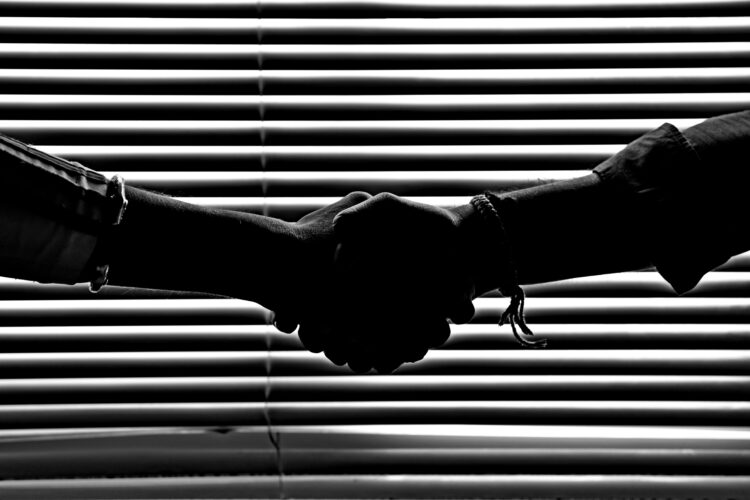 How it all started in Estonia?

After graduating from university, Thomas Padovani spent three and a half years working at a start-up for online payments. During this time, the company’s turnover increased from two million euros to one hundred million euros and went to the stock exchange. But then, Padovani felt that the company wanted to push people into certain roles. The man sold his few shares and went to travel – including finding his way to Estonia.

Here was a company that dealt with processing payments. However, Padovani felt that he did not want to fulfil someone else’s dream.

“I sold the television and all the things I had and I came to Tallinn,” he described. Padovan had initially 10,000 euros. “I had no income or forecast for the coming year,” said a man who initially set himself up in Õismäe to live and to start his first company Adcash.

A year later, Padovan rented an apartment in Rotermann Quarter, where the employees worked the day and slept at night. He also went to work there from Õismäe. With the first money, an extra property was bought at Kaupmehe Street. «We thought the money was burning and it was better to put it somewhere. If the company fails, we can at least rent the property out, »said Padovani.

In this way, 30 cents left Adcash for mediating the service, which is the business model of the advertising network. At first it was very easy to do, but when a lot of new customers came up, it was necessary to develop an automatic solution.

«Imagine that you have thousands of advertising campaigns at the same time that need to be constantly changed to meet your needs. So we came to the conclusion that an automated advertising system needs to be developed, »said Padovani.

All technology has been developed in Estonia. The automatic solution also led to a new name – in 2011, the company that was named Cashtrafic was named Adcash.

The people of the Adcash Tallinn office came from every end – there are 19 nationalities in the sales team. According to Padovan, partly because Estonia is a safe country with good opportunities. “You can live here better than in Barcelona, Paris, Lisbon or London,” he said.

They currently have more than 3000 campaigns running on more than 100,000 websites around the world. Each campaign can be targeted very precisely through various parameters, the combination of which gives endless possibilities.

«You are on our website, it’s Saturday night, it’s foggy outside and the user is looking for information about football. What ad are you showing? »Asked Padovani.

Money does not get Adcash from displaying an ad, but when a person buys something, registers somewhere or somehow responds to advertising.

There are many ways to conquer the advertising market. «Extreme, such as the adult or gambling sector, or milder or travel, e-commerce, health. We chose entertainment, or videos and games, »explained Padovan, noting that their so-called boats include Rovio, Good Games, Ubisoft, and most other major gamers. The network consists of over 120,000 websites and over 3000 active campaigns each day.

Some ads lead to malicious pages. According to Padovan, it’s up to the big companies to decide whats bad or not.  Thus, Yahoo! Toolbar is a malware for Google because they are competitors.

«This kind of conflict of interest often happens in the IT world, because when we talk about Yahoo and Google, they are profit-oriented listed companies. For them, the most important thing is that you come in the morning, turn on your computer and they are your home page so they can make more money by showing you the ads, »he said.

According to Padovani, Adcash has no interest in making campaigns that may harm their names and interests. “At the same time, we have to realize that we have more than 3,000 campaigns on a daily basis and over 100,000 websites. Because of the volume of campaigns, there are still ads that push programs that continue to open pop-ups, »he said.

Four years ago, Adcash opened an office in Bulgaria because they were not able to recruit enough software developers from Estonia. There are many developers in Estonia, but similarly competing software companies will continue. In addition, the firm has offices in France and Mexico. The Estonian tax system gave the company an advantage because the costs were lower. So more money was left to be more aggressive in the market.

According to Padovani, he comes from a highly regulated country – if in France documents are asked to return after a month, then here you can register a company in two hours.

At the end of September, Adcash announced that it had sold 25 percent of the company for 20 million euros. The process itself took a year. The goal was to increase our competitiveness. ”We are a strong company, but a partner is stronger. Naxicap (a French investment company – ed) manages two billion euros. He can buy with us and many companies for us, »said Padovani.

Adcash’s clients are in most large companies – those with 5000 to 100,000 euros per month for advertising costs. They also want to create a self-service environment for those who do not have enough money to spend. Padovani believes that a targeted advertising campaign would provide an opportunity to grow even in smaller businesses.

They just started advertising on mobile apps because it is a fast growing market. While in 2012, seven percent of mobile traffic came, then a year later 13 percent.

And of course, Adcash can’t get past Asia because many important things happen right there. eMarket estimates that, for example, in China, a small amount of money per person per year is spent – € 29.3 – but it is a huge market in terms of population size.

Original article in Estonian in Postimees