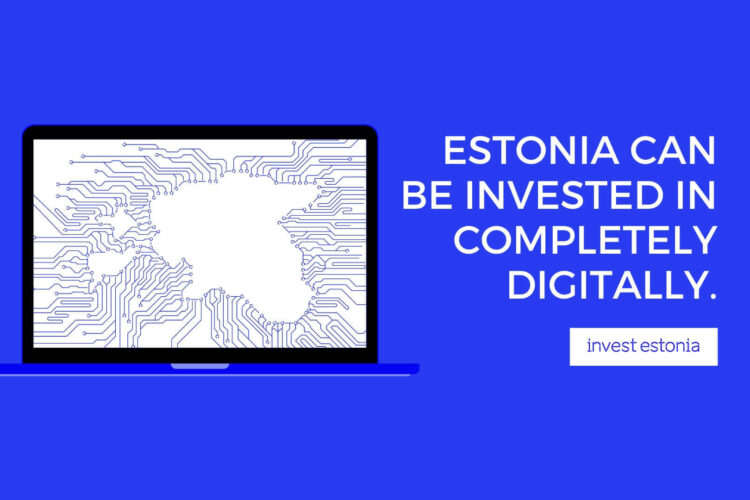 Estonia can be invested in completely digitally.

The Estonian Parliament passed a bill that will significantly simplify the investment process in Estonia. From August 1st, 2020, foreign investors don’t have to travel to Estonia to visit a notary to make an investment in Estonian company.

Estonia is one of the most digitally-enabled nations in the world where 99% of public services are already available online, companies can be founded online, and now change of ownership of company shares can also be carried out through the internet.

The amendment establishes one cent instead of the current one euro as the minimum value of a share, which enables to more flexibly determine the sizes of shares in a private limited company.

In addition, the amendment enables private limited companies whose paid-in capital meets the established minimum requirement to set out in the articles of association, with the consent of all shareholders, the possibility for disposition for the transfer and pledging of shares to be conducted in a free form capable of producing a written record.

“This change was much needed. The laws existing now on the ability for foreign investors to invest in Estonian companies have been outdated considering the rapid growth and innovation of the Estonian startup-scene and the way the country has positioned itself as a digital innovator in the world,” says investor and entrepreneur Thomas Padovani.

“Bolt expanded to 3 African countries by hiring local people via Skype video calls without visiting the cities physically,” says Martin Villig, Co-Founder of Bolt, Estonia’s newest unicorn. “Why couldn’t other decision makers around the world take this as a great modern example and invest online in the country they trust and in the company they know well?” asks Villig.

“Investors whose business in Estonia we have been facilitating have repeatedly indicated that there is great interest in online investment procedures,” noted Raido Lember, Director of the Estonian Investment Agency at Enterprise Estonia. Now, after six months of hard work by the Estonian Government, Parliament, Startup Estonia and others, it is possible.