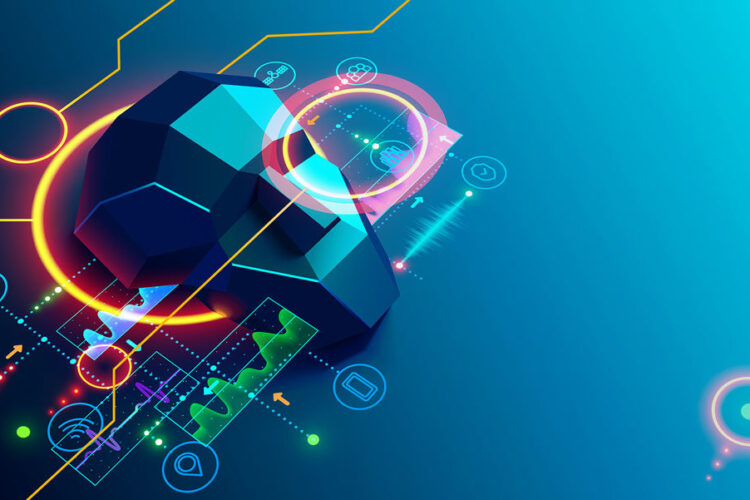 Estonia: a springboard for global startups and AI applications

Artificial Intelligence is taking the world by storm. Where does Estonia stand in the AI ecosystem? Are Estonian businesses ready for AI?

We know that tech giants like Amazon, Baidu, Facebook and Google have AI advantages like collecting enormous amounts of data, access to top talent, huge investments to R&D, over smaller companies. However, the possibilities offered by AI are not reserved only for the largest companies and biggest economies.

Estonia is looking for ways how to attract international talent and investments; and on the other hand, its small size with limited resources requires the public administration and government to work efficiently. No wonder that in Estonia, both government and companies have noticed the potential of AI technologies to solve these current demographic and economic challenges, as the impact of AI on GDP in the Nordics alone is expected to be considerable: 9.9% of GDP (1.8 trillion).

Where does Estonia stand today in terms of AI readiness?

There is a large spread of AI readiness in Europe, but even the most advanced countries are lagging behind the US AI frontier. Yet, Europe’s ability to capture the full potential of AI varies significantly among countries. According to the mapping of Europe’s AI ecosystem four countries stand out as dominant players in driving Europe’s AI ecosystem — UK, France, Germany and Spain — and are known to have most vibrant and mature AI landscapes in Europe.

According to study by Roland Berger and France Digitale, Estonia has excellent prerequisites for benefiting from the application of artificial intelligence and is becoming influential AI player in Europe.
Whereas EU leaders of AI application are home to 67% of AI startups, Estonia with other Nordic and Baltic countries shows density dynamism i.e high number of startups per population size.

Compared to dominant players and other governments working on their AI strategies, Estonia sees its strength as an AI implementation leader for startups and AI applications.

For example by 2020 Estonian government has launched 50 different AI applications in public services and the country’s most well-known scaleups (Bolt, TransferWise, Pipedrive) as well as early stage AI-powered startups (Sixfold, AlphaBlues, Feelingstream) have turned to data and machine learning to maximise their product delivery. 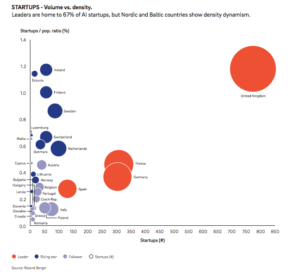 In his book AI Superpowers technologist Kai-Fu Lee argues that “Much of the difficult but abstract work of AI research has been done, and it’s now time for entrepreneurs to roll up their sleeves and get down to the dirty work of turning algorithms into sustainable businesses.”

Which Estonian companies are riding on the implementation wave right now?

But first you might ask, what makes a startup into an “AI startup”. For this article we call both producers and users of artificial intelligence as “AI startups”. It’s hard to calculate the total number of startups and companies in Estonia as AI is not a single technology, but consists of various elements.

Read more here to find out about the 13 examples of AI-powered companies from early stage startups to mature scale-ups, and bring out a few government AI applications that are using data and machine learning to either reshape product, automate, and on the other hand, bring out some more transformative companies who have created new business models with data.